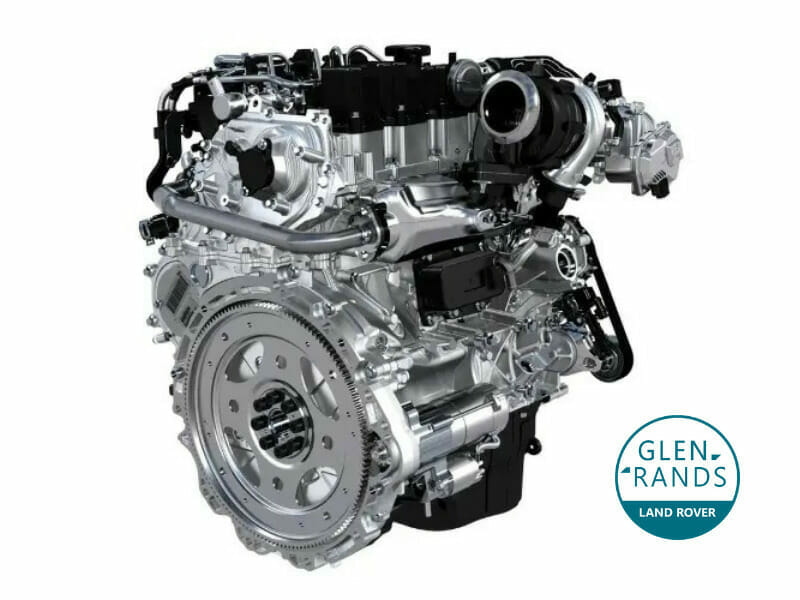 Do not ignore that “Service Required” light on your dashboard.

The next-gen Ingenium engines built by JLR was supposed to be at the cutting edge of petrol and diesel technology. However, our first-hand experience has shown just how much heartache this 2.0-litre turbo diesel engine has brought to our customers.

The Ingenium was introduced in 2016 and is now used in various JLR models across the board. It will most commonly be found in Discovery Sports, Range Rover Evoque and now Disco 5 (gulp)!

One of the first problems (and irritations) we experienced with this engine is premature oil dilution. This is normally caused by excess diesel finding its way into the sump and diluting the engine oil. The engine oil quality sensor picks this up straight away and triggers a “Service Required” warning on the dashboard. This happens much sooner than the 21,000 miles interval boasted by Land Rover in the original sales literature. In fact, it has become such an issue that Land Rover has rewritten their marketing material, stating that service intervals can vary depending on driving style.

The root cause of this fault is linked to the “ultra-clean” Ingenium engine’s diesel particulate filter (DPF). This DPF should remove 100% (optimistic I’d say) of the soot produced by the combustion process. A pressure sensor inside the DPF detects when the filter is full. This triggers a regeneration by sending a prolonged blast of hot exhaust gas and diesel to burn it off. Typically a DPF will need to reach 800 degrees centigrade in order to carry out a successful regen and hence the vehicle cannot be stationary or slow-moving when this happens. There must be adequate airflow to cool it and prevent a thermal event. The good news is you don’t even know when it’s happening unless there is a glitch!

It’s a clever and fairly standard system, but it has one fatal flaw: the burn-off process takes a certain drive cycle to complete. If the burn-off process continually happens on short drive journeys, the extra diesel that isn’t burned off ends up in the engine oil sump. This dilutes the engine oil. The “Service Required” message is then triggered to remind the owner that there is an issue with the quality of engine oil. Even though it’s only a few thousand miles since the last service.

We spent a great deal of time trying to work out what was causing this. It’s never good for a garage when you service a customer’s car and 3000 miles later the reminder comes back.

We recognise that it may be costly to carry out an oil change sooner and more often than planned. However, we can assure everyone it’s even costlier if you ignore it and drive with diluted engine oil.

At the time this became an issue (2017)  we knew JLR were aware of the problem too. In line with their standard corporate procedure, they issued an official Service Compliance Notification (JLRP00100) sent to all franchise dealers in July 2017, the subject: “Service Indicator Message and Oil Dilution”, signed-off by the JLR Technical Service Engineering Manager.

It says: “The ‘Service Required’ message is being displayed early due to oil dilution, caused by a higher than expected number of partial DPF regeneration cycles” and points out that the burn-off cycle takes longer to achieve on Sport and Evoque models compared to Jaguar XE and XF models, because of the under bonnet layout of the Land Rover models, which have transverse-mounted engines.

“This combines to significantly increase the Fuel In Oil (FIO) contribution for each regeneration event,” says JLR, adding: “Oil dilution at 6.1 per cent will trigger the ‘Service Required’ message. Based on a customer’s driving style and usage, this value may be reached in advance of the service interval that was quoted in the online marketing and brochure for the vehicle – 21k miles / 24 months.

“The Handbook states that, depending on the type and style of driving that the vehicle is subjected to, the indicator may display a service message at a shorter distance than shown in the service interval plans. This clause was never stated in any of the [original] marketing literature so early service requirements may lead to customer dissatisfaction.”

They’re right there. We often hear our customers lamenting  “How I wish I’d never got rid of my Freelander 2, which I bought seven years ago and never had any problems with. The same with the Defender 90 I drove before that”.

The obvious message here is don’t ignore the “Service Required” message on your Sport or Evoque with the 2.0 Ingenium diesel engine. Especially if you do lots of short stop-start journeys. The good news is that the early Evoques and Sports fitted with pre-Ingenium Ford engines are not affected by this. But they do require annual maintenance just the same. If you are unsure about which engine your Land Rover has, please feel free to contact us.

Email Glenrands Now, or Contact Us for more information.