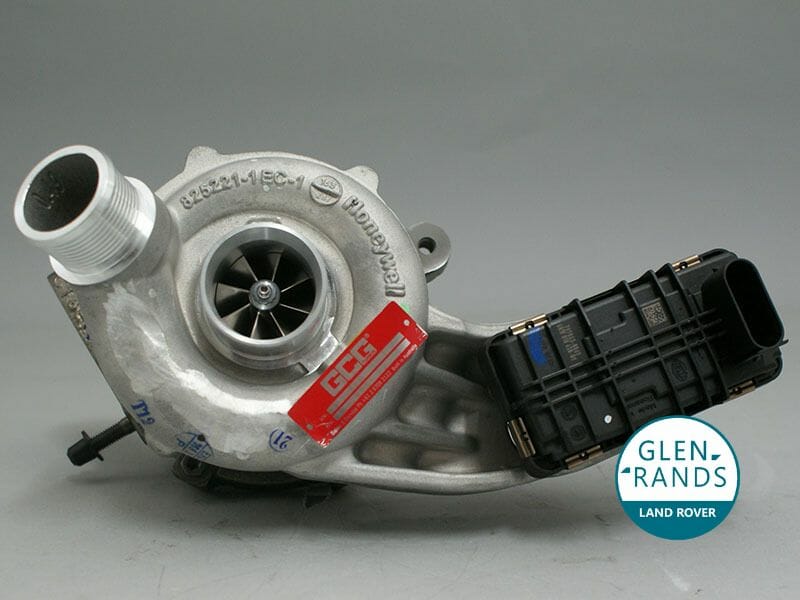 Have you ever noticed your Land Rove having slightly sluggish acceleration? Or there is a bit of smoke coming from your exhaust? Or does the engine light come on and you can’t feel anything different? One of the things to check could be your Land Rover Turbocharger. Ross takes us through common faults they have seen over the years working with Land Rover and Range Rover.

A turbocharger (also known as a ‘turbo’) is a system in your car that boosts engine power by delivering more oxygen to the engine.

HOW DOES A LAND ROVER TURBOCHARGER WORK?

Most modern Land Rovers and Range Rovers come fitted with turbochargers. It means they can provide slightly smaller capacity engines that produce the same power output while also increasing fuel efficiency and lowering emissions. The L405 Range Rovers 5.0L Supercharged engine has now been replaced by a flagship 4.4L petrol BMW twin-turbo engine, for example. This engine is currently being tested and expected to reach the market early next year.

For an engine to produce power it combines fuel and air. Turbos add more air into the mixture by using the exhaust gasses to spin an air pump (or compressor wheel).

The air pump then pushes extra air into the engine’s cylinders, allowing them to burn more fuel per second, and produce more power than a normally-aspirated unit.

Turbos run at incredibly high speeds (up to 250,000rpm) which means they operate under enormous pressures and temperatures. The cooling system cools the hot air and oil that is generated in a turbocharger.

How do I know if my turbo has failed?

There are several signs you can look out for to tell if your turbocharger has blown:

A noticeable sign of a failing turbo is if your car isn’t accelerating as well as it used to, or it is slow to respond to your accelerator input.

Similarly, a turbocharged car that struggles to maintain high speeds or isn’t able to reach a higher speed could be a sign.

One of the unexpected advantages of a turbocharger is that it makes the engine quieter because it silences the exhaust system.

However, if you start to hear a loud, whining noise – a bit like a dentist’s drill or police siren – it’s a potential symptom of turbo failure.

As the fault gets more serious, the noise will get worse. If you notice a whining from your engine, you should get a professional mechanic to have a look at your car.

When oil leaks into the exhaust system, it produces a distinctive blue/grey smoke as it burns off. This could be caused by a crack in the turbo housing or damaged internal seals.

If the turbocharger causes this symptom, you’re more likely to see these discoloured fumes as the engine revs increase shortly after idling. The smoke normally becomes excessive under load or hard acceleration.

The computer diagnostics on most Land Rovers can pick up turbo faults, and the check engine light will appear on the dashboard to notify the driver. More often than not the car will go into limp home mode and the dashboard will show “Restricted Performance”. This system deliberately reduces engine power available in order to prevent further damage from taking place.

However, the check engine light doesn’t solely indicate turbo failure – you will need a professional mechanic to perform further checks to diagnose the exact nature of the engine problem.

If you suspect any issues with your Land Rover feel free to give Ross and his team at Glenrands a call, who can give advise on what may be the cause.

Land Rover Turbochargers are usually very reliable. Less than 1% of warranty inspections find a fault with the turbo itself; instead, blown turbos are normally the result of problems with engine lubrication or the introduction of foreign objects. Exceeding service intervals or running your vehicle with a blocked DPF can also contribute to a premature failure.

Engine oil is essentially the life blood of your car. It works to lubricate key moving parts, protect them from corrosion and keep them cool while in use.

In terms of the turbocharger, it needs a constant flow of clean, quality oil. A lack of oil (oil starvation), incorrect grade of oil or poor quality oil will lead to a build up of contaminants in the engine (oil contamination). This can cause abrasive damage to the inside of the turbo.

It is important that the engine oil and oil filter are both replaced at the manufacturer’s recommended intervals.

If the seals between the compressor and the engine become worn or cracked, oil will leak into the exhaust system. As a result, the turbo has to work harder to increase air pressure.

This problem is also known as ‘over-speeding’. Ultimately, it will reduce the efficiency and the boost delivered by the turbo.

The turbocharger is essentially made of two fundamental components: the compressor at the front and the turbine at the back. Sometimes, foreign objects such as dust particles, dirt, leaves and small stones can enter the turbo, either via the compressor inlet or turbine inlet.

If any foreign objects that get into the compressor wheels or turbine blades, it can greatly reduce the efficiency of the turbocharger. You can prevent this by replacing and servicing your air filter regularly. You should also check your turbo for debris.

Your Land Rover turbocharger is typically designed to last the lifetime of your vehicle (or around 150,000 miles); however, it’s possible for them to wear out over time depending on how hard you drive the car.

CAN I DRIVE WITH A BLOWN TURBO?

In our opinion, definitely not. A failed turbo will eventually lead to engine failure so only drive on if you absolutely have to.

Get your Land Rover turbocharger checked by a qualified technician as if you spot any of the failure symptoms outlined above. The longer you leave it, the worse (and more expensive) the problem will become.

At Glenrands, our technicians are factory trained by Land Rover and have years of experience dealing with Land Rover turbochargers. They have helped many customers over the years save money by diagnosing and repairing faults before they get worse.

Contact Glenrands for your no obligations quote or free vehicle health check at our Land Rover repair center in Liphook, Hampshire: https://glenrands.co.uk/contact-us/